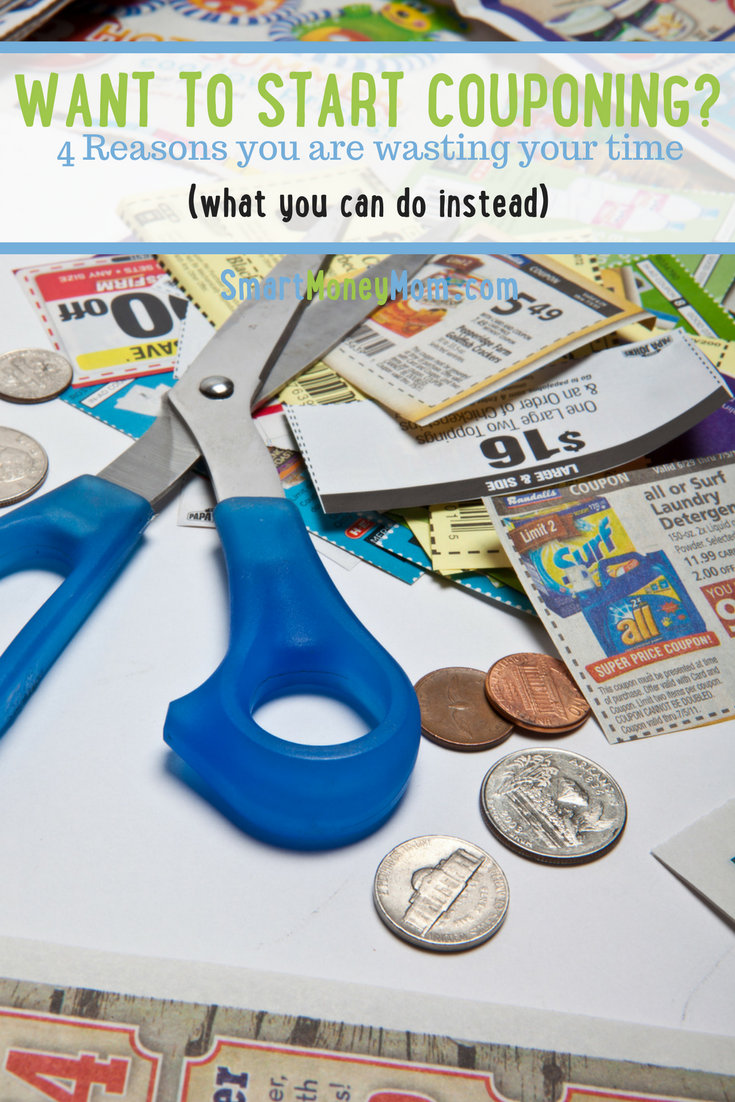 Before you get into a ranty type attitude… I want you to know something. 7 years ago, coupons were the reason why I was able to stay home with my boys. I was able to quit my part time job, coupon for things we really needed and was able to save enough to make up my wage.

It was such an awesome feeling knowing that I could contribute a different way–other than making money! We had two boys in diapers at the time and I was able pay a fraction of what it cost to put two babies in diapers.

7 years ago, If I saw the title of this blog post.. I would have 100% disagreed with it. Coupons a waste of time?? WHAT? but guess what? S*** happens (yes, I sure did say that) and the ever evolving economy has made a huge impact on coupon usage — the life line for people who use them to save every single month on things they use.

I have several large couponing Facebook Groups that I have established over the years and after seeing complaint after complaint; I just decided to put it in a blog post. 🙂

Want to Start Couponing? 4 Reasons You Are Wasting Your Time

Yep, you read that right. I’m not just talking about the newspaper subscription that you are paying for. I’m talking about the COUPONS. Here is a interesting fact. Did you know that the coupon inserts provided to the newspapers are FREE? Yes, they are free to the newspaper– they don’t pay for them. However, coupon inserts have become a heavy underground “Black Market” if you will. Coupon inserts are stolen from the newspaper before they even make it into the paper and then put up for sale on various Instagram accounts. If you are okay with paying $25 for a bundle of inserts– then I guess this might be okay for you.

When I was couponing, I used to spend a minimum of 10 hours a week, clipping, sorting and finding the best place to use them. Yes, its like a small part time job! Now, expect to spend much more time .. not just sorting them but add on time to  making sure you get your newspapers (that you paid for), making sure all of your inserts are in your PAID newspaper and if you aren’t so lucky, add time calling the newspaper customer service line to let them know that your paper didn’t have the inserts… anddd if you are lucky, waiting for them to re- deliver.

3. Expect your blood pressure to rise —

When you pay for something, you expect to get it, right? I paid for 5 newspaper subscriptions at one point. The ONLY reason I paid for subscriptions was to look forward to my coupon inserts every weekend. Unfortunately, week after week I received my papers–but no inserts or missing half of them.

going to a restaurant, your server brings out your order but you turn your back and the person at the next table takes half of your food. Your first instinct is to complain to the server for only bringing you HALF. However, your server insists that they brought your entire order– little do both of you know, someone decided to take your food. Both of you are unsure what happen and are blaming each other. Imagine this happening time after time. How do you feel?

4. It is a lot harder to catch the deals

— For 7 years, I taught people how to “extreme coupon” I never intended to. Matter-of-fact, I hated extreme couponing. It was the movement that literally changed the extreme couponing world as we knew it. However, it was one reason how a lot of people found my blog. People wanted to learn how to save money– and being that I LOVED teaching; I literally changed THOUSANDS of people’s lives by showing them the ways to beat the grocery stores at their own game. I wasn’t the only one– at the time, the “coupon blogging” world was growing and a lot of bloggers decided that they could also do this. Blog post after blog post, coupon bloggers everywhere showed deal seekers how to “win” in the grocery store.

the game that couponers played as well. Here are just a few things that changed during the course of the extreme couponing “movement”

coupon values have dropped tremendously over the last few years. I believe that due to the overall counterfeiting of coupons (Yes, people MAKE coupons. Which is illegal) the coupon values are dropping because the manufacturers are tired of losing money.

So there you have it, 4 reasons you are wasting your time..

However, not all is lost. I want you to know that there are other ways to save money and personally, I think because we have SO many options now a days that its getting easier to save money without coupons.

Here are a couple ways I use to save RIGHT NOW:

Best baby mobiles: fun and visual and auditory stimulation The mobiles are beautiful ornaments that we place in our babies’ cribs as a decorative element.…

A makeup primer should be a staple in your makeup routine. A good primer creates the ideal base for your makeup and works to extend…

In this article:Want to Start Couponing? 4 Reasons You Are Wasting Your Time