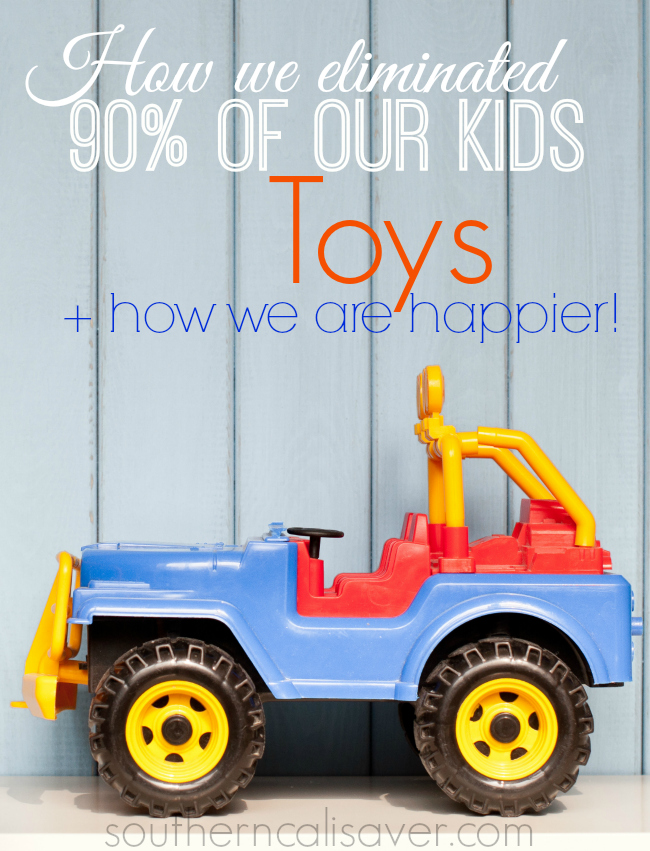 This summer is all about lessons in our home. One lesson we are learning and practicing is that living with less is how our family thrives. I sat down with my kiddos several weeks ago and I mentioned to them how this summer is going to be a summer of less. My older son wasn’t so sure what I meant. He said “well, more money is better right? because we were able to buy our house?” I explained to him that this was a great feat for our family to be able to afford the house we just purchased.. it took a lot of work but I also explained to him that with a new house meant more “issues”. and more money doesn’t mean less problems.

While my younger kids don’t understand the concept completely.. we started with going through their never ending TOYS! This has been a huge burden for me– because we always have an issue with keeping the toys confined and they usually end up all over the loft area of our house.

This week, our family stuck with the “less is best” theory and got rid of 90% off their toys. Yes, pretty much EVERYTHING. The crazy part about this is that they didn’t seem to mind that we were donating most of them– I think this is because they realized that they didn’t even play with most of them.

We set out three different piles which really seemed to help:

1. Trash– these were toys that were broken or missing pieces and could no longer be played with (for got to snap a picture of these)

2. Donate– Toys that they haven’t played with in the last two weeks or were “baby” toys as my 5 year old calls them.

3. Keep — These were their top 10 toys. Things we played with within the last 2 weeks. (okay, so its not organized but this is as far as toys go in our home. The bins mostly have lego guys and nerf bullets)

I was really shocked to see how many toys were going in the trash pile. All of these broken toys that have been laying around our loft.. simply taking up space and were making a mess of my house! This huge burden was lifted from my shoulders because now when clean up time comes, it takes them less than 10 minutes to put things pack where they belong. I can’t tell you how stressed I would get when my they would go upstairs and I would hear toys being dumped out of buckets. Can I just tell you how GOOD it feels when the house is clean???

They are also wanting to spend more time outside! Being in a new neighborhood has been a little hard on my older son. However, he has a friend now and is spending more time outside– by default, the younger kids want to go outside with him because they love their big brother 😉 It fills my heart to see them outside playing together.

If you love this, let me know! I want to share even more ways of how are family plans to thrive on less.