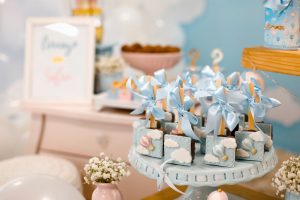 Baby Shower: Everything You Need To Know

Baby shower is a gift-giving party or a ceremony of various names across cultures. It commemorates a child’s birth or expected birth, as well as a woman’s transformation into a mother.

What are the shower etiquettes?

It’s something that many people are curious about, and the reality is that it varies enormously. A baby shower’s rules used to be carved in stone (not literally). Your shower could be ruined if you violated the rules.

Everything you need to know about a baby shower

As time passed and circumstances changed, especially when it came to having children, the rules regulating the purpose of showers, known as baby shower etiquette, changed. In the past, the rules for what you could and couldn’t do at a shower were very simple. What makes a baby shower popular nowadays is more about what the mother-to-be needs than anything else. Although familial traditions continue to play a role in this time-honored practice, plenty of the past few decades’ clear-cut rules are now merely recommendations.

A Glimpse of the Previous Baby Shower Rules

For fun, here are some of what used to be pretty standard shower guidelines. This included information such as when to have a shower, what to wear, who to invite, what to bring, and how to present the gifts, among other things.

What you served was determined by your function’s time rather than the number of guests or even the expectant mother. If your shower lasted from 11 a.m. to 1 p.m., you were supposed to have a light lunch, such as sandwiches, but it did not have to be hot. You could get away with snacks and hors d’oeuvres with the cake if your shower started after 1 p.m. but before 5 p.m. A hot meal, ideally seated, would be needed for any shower that began later.

The cake was only served as a snack, never cupcakes. It would be a sin if you tried to serve cookies. The cake should be a show-stopper, ideally chocolate, with white icing and a rather babyish topping. Consider an antique pram, a crib, or traditional baby blocks.

Regardless of what time of day it was, a shower was still a dress-up event. In the 1970s, the rules were relaxed a bit, and some women attended the party in their pants.

The invites to the baby shower were formal. They were made of paper and included written details as well as reply cards. Furthermore, the invitation does not state where a mother and her family are registered.

The importance of shower games could not be overstated. They should also cause embarrassment to the expectant mother. The more humiliating the situation, the better. It’s even cooler if you can embarrass a couple of guests.

The happy news is that baby shower protocol has evolved significantly over the last two decades. The social expectations that accompanied this typically all-female gathering have been shattered. However, there are a couple of things that people want to remember, just as a holdover from the bad old days of showers.

So put on your pants, bake some cupcakes, forego the shower games, and welcome the guys – the baby shower has been reborn. However, some people also prefer the traditional shower, which is perfect if the guest of honor wishes for it.

For today’s family, here are some of the most popular baby shower etiquette questions and answers.

Who Throws a Baby Shower?

Who is responsible for planning a baby shower? This is an age-old question that many pregnant women must answer for themselves following their family’s traditions.

The preparation aspect of the shower also adheres to conventional baby shower etiquette. In most situations, the following rules apply on who should throw the shower:

Someone will usually volunteer to throw a baby shower fairly early on. Consider who the potential candidates for shower hostess are if you don’t hear mention of a baby shower in the works. You can make some subliminal comments about baby shower preparations, or if they offer to help, you can ask for a shower.

Food is usually served at baby showers. A menu is typically created based on a few variables, such as the time of day and duration of the shower, the venue, and the budget.

Another critical factor to remember is how the expectant mother feels. You wouldn’t serve alcohol at a baby shower, for example, because the mother-to-be doesn’t drink. You want to serve her foods that she enjoys. So, if she enjoys fruit punch, make sure to have it on the menu.

Food can be light, such as snacks with the cake if you skip meal times (breakfast, lunch, and dinner). More food will be expected as mealtimes approached. Baby showers are sometimes held at two o’clock in the afternoon. A menu at this time of day can include:

Should There Be Second Baby Shower?

Baby shower is a lot of fun. There are a few disagreements on this. The issue is determining who will receive it. One of the most contentious issues in polite society is the suitability of a second baby shower (or more).

Baby Showers for All

Most people have softened their stance on the subject, arguing that every baby deserves a celebration. More and more mothers are throwing showers for babies that aren’t their first, even though they don’t fall into any categories. While their showers aren’t traditional, they might be the key to bridging the divide and making everybody feel accepted at the gathering.

Another side of the shower controversy argues that showers can only be held for firstborns. If you fall into one of a few groups– the first baby with this partner, the first in a long time, the first baby of the opposite sex, and so on are examples of these types.

These outliers don’t prove the law, but they make for entertaining guessing who is “allowed” to throw a baby shower when.

There is no variety in one camp. Whatever the case may be, a baby shower is just for the first child. Other than for a first child, these people prefer to skip baby shower invites. Not only that, but you’ll also discover that they are only interested in one-time showers, as opposed to the showers of today, during which a mother may have three, four, or even more showers for the same child.